Our eighth day began with a simple question from our tour guide: What’s the largest number of people you’ve seen in one place?

A few hundred? A few thousand? Even if you’ve been to a sold out football game or stadium concert, it’s probably fewer than 100,000.

Imagine one million people. Nobody in the group had been in a crowd that size.

As most of us know, horrifically, six million is the number of Jews killed in the Holocaust.

It began our discussion and reflection as we entered Yad Vashem — the Jewish people’s living memorial to the Holocaust. 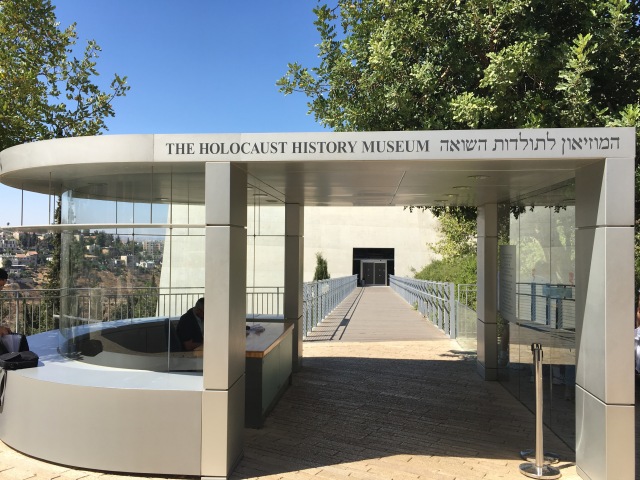 While the United States Holocaust Memorial Museum in Washington, D.C. includes America’s role in the war, other genocides, and ongoing oppression — Yad Vashem is strictly a memorial to the victims.

Everything inside came from someone who was murdered at one of Hitler’s death camps. Photos aren’t allowed inside the museum, but its setup humanizes the dead in the most gut-wrenching way: Stacks of children’s books. Piles of menorahs. Black and white striped uniforms. Labels of “Jude” in all shapes and sizes — fit for adults, teenagers, and children.

Then all of the things the victims took with them, hoping to eventually use again, like a wrinkled and faded doctor’s license. A harsh reminder that these six million victims were people. Real. Human. People. With hopes and dreams and futures that never came to be. Working professionals ripped from their lives and thrown into an unthinkable hell.

The museum’s design inside is one long, concrete, triangular tunnel that forces you to see everything along the way. There’s no chance to skip an exhibit.

Maybe the most moving part is right before you exit. The Hall of Names. There, photos of 600 of the victims are on the ceiling and reflected in a pool below.

Lining the walls are hundreds of books. These are the “Pages of Testimony” — an extensive collection of short bios of each Holocaust victim. More than two million pages are stored on the circular shelves. Each page is recorded by relatives of the victims.

There’s also empty space. Left empty on purpose to make room for six million in all.

Then, from the darkness of the museum, you exit to the bright, beautiful light of a panoramic view of Israel. A symbol of hope.

The rest of the museum is all outside and is dedicated to those who helped the victims and the survivors. This part is purposely out in open, sunny space. The website says this about those rescuers:

In a world of total moral collapse there was a small minority who mustered extraordinary courage to uphold human values. These were the Righteous Among the Nations. They stand in stark contrast to the mainstream of indifference and hostility that prevailed during the Holocaust. Contrary to the general trend, these rescuers regarded the Jews as fellow human beings who came within the bounds of their universe of obligation. 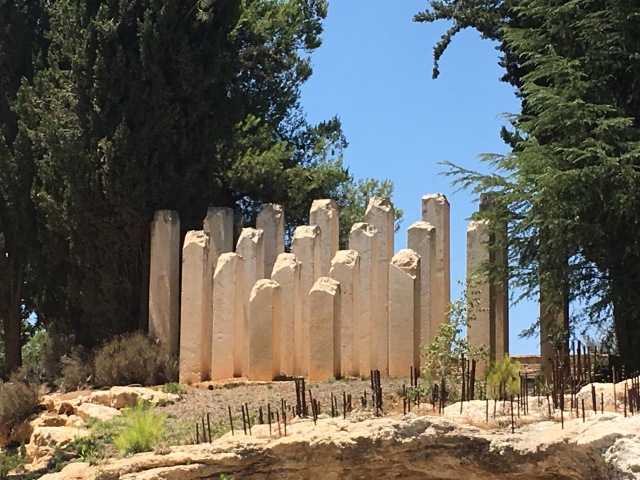 Before we left, our group lit a candle and remembered the victims — leaving it there to burn long after we were gone. 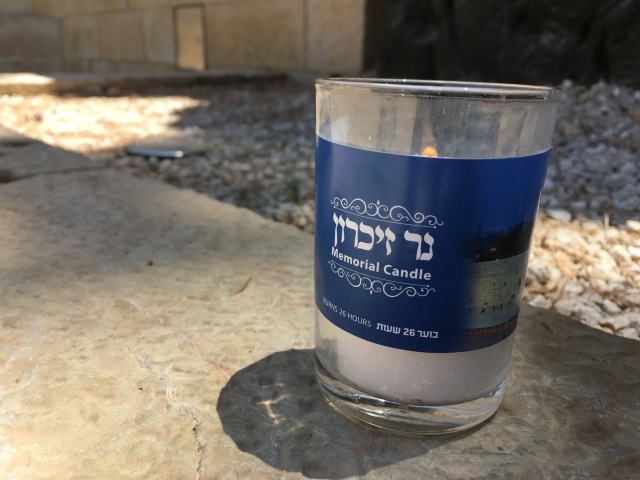 Our day ended at one of Israel’s Ethiopian Absorption Centers.

This particular center, part of the good work being done by The Jewish Agency For Israel,  currently houses about 700 people, serving as temporary housing and assistance through the integration process.  It can hold up to 1,500 people. 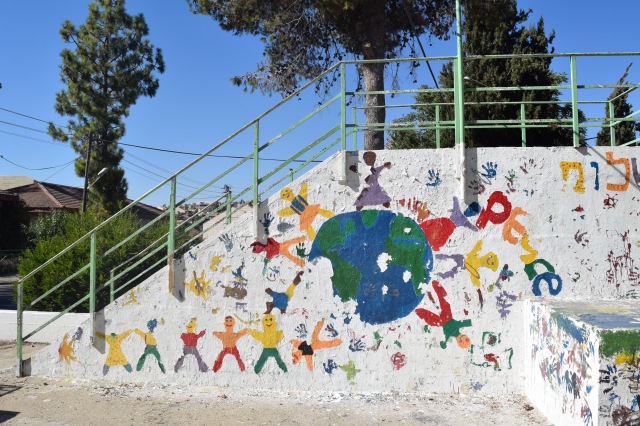 Ethiopian Jews in Israel are immigrants and descendants of immigrants who made “aliyah” — the immigration of Jews from the diaspora to the Land of Israel.  Many of these Ethiopian Jews fled recently, in the 1980s and 90s, aided by the Israeli government during two major efforts: Operation Moses and Operation Solomon.

Our group was fortunate enough to hear from a woman who was part of the group rescued by Operation Moses. 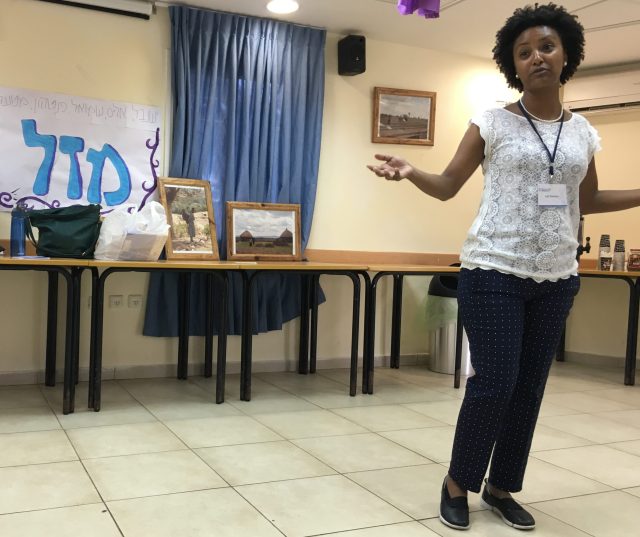 She left her village in Ethiopia with her family at the age of three. A year and half later, in 1983, she finally made it to Israel.

Some highlights from her incredible story:

They brought with them many of their customs, such as delicious coffee and bread — which they shared with us. 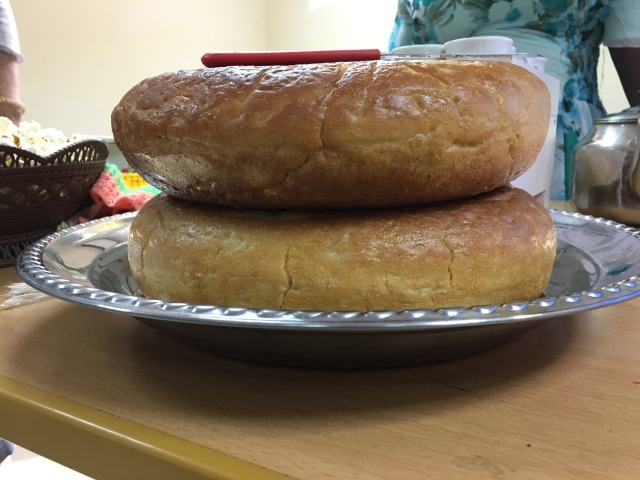 We ended by taking part in arts and crafts with the Ethiopian kids. They were fascinated by our iPhones and accents and never stopped smiling. 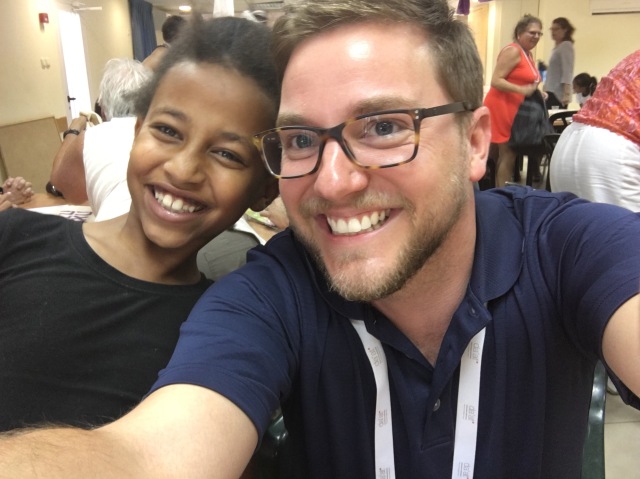 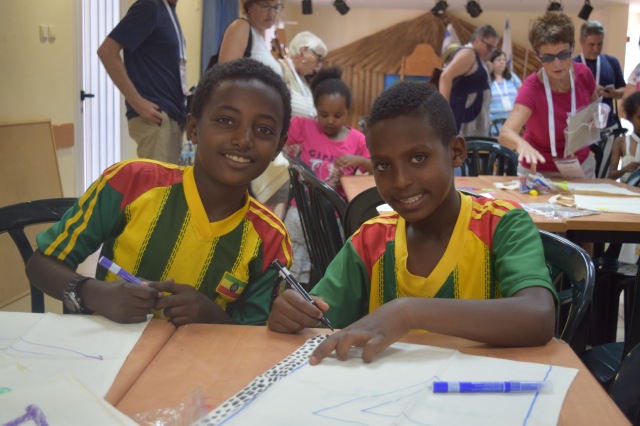 From the morning at the Holocaust museum to the afternoon at the Ethiopian Absorption Center, it was a day that proved again Israel’s importance as a safe haven for all Jews — no matter who, when, or where.